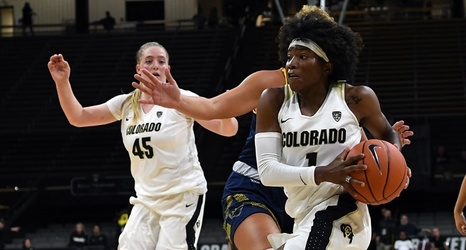 FORT COLLINS — The University of Colorado women's basketball team eked out another close game up Interstate 25, as a combination of deadly three-point shooting and clutch free throw makes paved the way for a 79-75 win.

Colorado (4-0), defeated the Rams for the fourth straight time and for the 15th time in the last 18 meetings, but it was another battle at Moby Gym. The last four games there have been decided by a total of 13 points, and Friday night's affair was no different, as the game featured 25 lead changes, including eight in the fourth quarter.