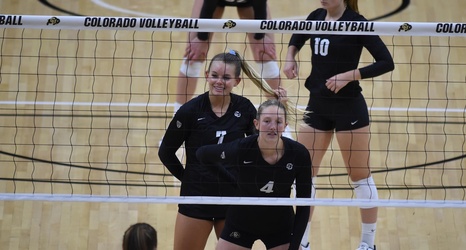 NORMAN, Okla. — The Colorado Buffaloes recorded their third straight win to start the season as they defeated Oklahoma (1-2) 3-1 on Saturday night in the final match of the NIKE Invitational. Senior Anna Pfefferle, junior Alexa Smith and freshman Brynna Deluzio were named to the all-tournament team after helping the Buffs to a perfect record in tournament play.

WHAT HAPPENED: The Buffs returned to McCasland Field House for the first time since 2010, a place where they had lost the last five straight played there.