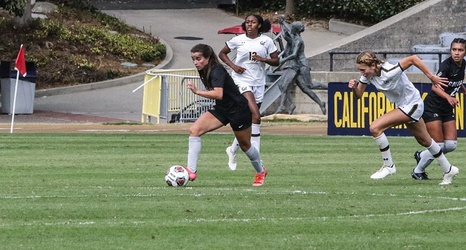 BERKELEY -- The Colorado soccer team opened up Pac-12 play with a 2-2 draw against Cal at Edwards Stadium Saturday afternoon.

The Buffs (5-3-1, 0-0-1 Pac-12) scored both of their goals in the opening ten minutes of the match off strikes from Shanade Hopcroft and Allie Palangi. The two both netted their third goals of the season.

Dani Hansen was credited with five saves for the Buffs and Shyra James led CU in shots with three.