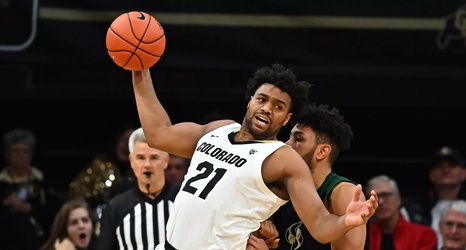 The Colorado Buffaloes were ranked once again the AP Top 25. This is the fourth consecutive week they have appeared in the rankings. The Buffs climb to 20th in the poll, the highest they have been since they were 15th in the nation in January 2014.

The Buffs were able to climb after a gritty win over Clemson in Las Vegas on Tuesday night. Colorado carried over that performance on Saturday night when they defeated Sacramento State by double digits. In their six wins, only CU’s game against Clemson was decided by fewer than 10 points.

Colorado has not shot the ball well, but they have thrived because they have the 9th-ranked defense in the nation, according to Ken Pomeroy.