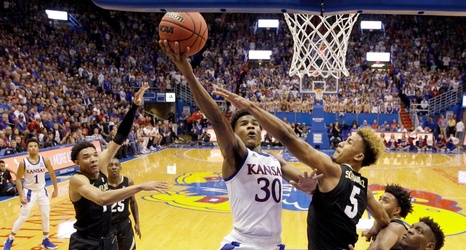 Louisville and Kansas finally provided some consistency to what has been a volatile Top 25 poll this season while perennial bluebloods Michigan State and North Carolina continued to tumble after another wave of defeats.

The Cardinals solidified their place at No. 1 in the AP Top 25 released Monday after routing then-No. 4 Michigan in the ACC-Big Ten Challenge and breezing past Pittsburgh over the past week. The Jayhawks stayed at No. 2 after returning from their Maui Invitaitonal title to thump former Big 12 member Colorado, which dropped to No. 24.

“I think it’s two games in a row, where we got stops,” Louisville coach Chris Mack said.