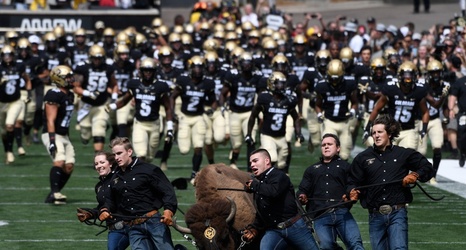 The state of the 2020 college football season might still be in limbo, but the Colorado Buffaloes already have the bulk of their 2021 recruiting class in place.

On Friday afternoon, the Buffs received a verbal commitment from Ryan Williams, a defensive lineman rated as a three-star prospect by 247Sports.com. Williams is the fourth recruit to pledge his collegiate career to the Buffs since the beginning of last week, including the second three-star defensive lineman, following a commitment from Tyas Martin out of Arkansas last week.

Williams’ addition also is the ninth commitment the Buffs have received for the 2021 class, with nine senior scholarships available from the 2020 senior class.