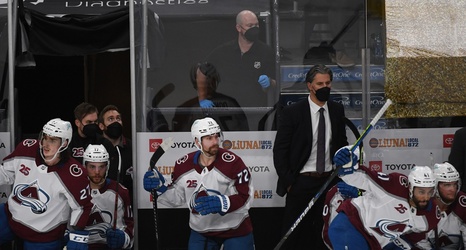 LAS VEGAS — In the end, it was a colossal Colorado collapse for the NHL’s Presidents’ Trophy champions.

A club-record 6-0 start to the Stanley Cup playoffs somehow morphed into a four-game losing streak, capped off by a 6-3 loss to the Vegas Golden Knights in Game 6 here late Thursday. Colorado’s season ended in the second playoff round for the third consecutive season.

The Avs, who scored 23 seconds into the game at T-Mobile Arena, went down fighting at what the Golden Knights dub the “Fortress.” But two Colorado defensive-end turnovers led to Vegas goals — a repeat of what went wrong in Game 5’s 3-2 overtime loss at Ball Arena.