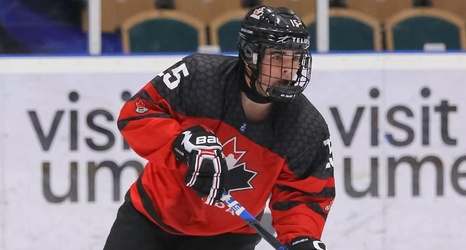 A few years ago Colorado Avalanche fans got a look into the future as star prospects Cale Makar and Conor Timmins anchored Canada’s gold-medal winning team at the 2018 World Junior Hockey Championship. This year there is a very strong chance that we could see three Avalanche prospects do the same, as Bowen Byram, Alex Newhook and Justin Barron have all been invited to Hockey Canada’s National Junior Selection Camp.

The invited players—five goaltenders, 15 defensemen and 26 forwards—will assemble in Red Deer, Alberta, on November 16th with the expectation that the final roster will be named by December 13th.