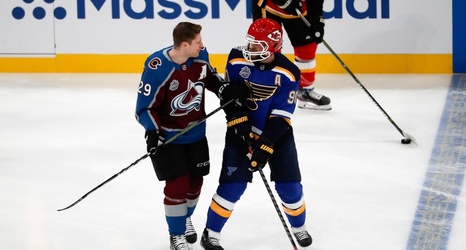 ST. LOUIS — Shooting pucks from the stands and some of the best women’s hockey players in the world going back and forth in a 3-on-3 game stole the show at the NHL All-Star Skills Competition.

The two new events spiced up the skills competition by showcasing the kind of offensive skill that has become the norm in the sport.

Eight NHL All-Stars and women’s players Hilary Knight and Marie-Philip Poulin from a platform behind one of the nets took aim at targets on the ice in a mix of hockey and Top Golf. A subject of booing from Blues fans all night, Chicago Blackhawks winger Patrick Kane beat Toronto’s Mitch Marner and St.