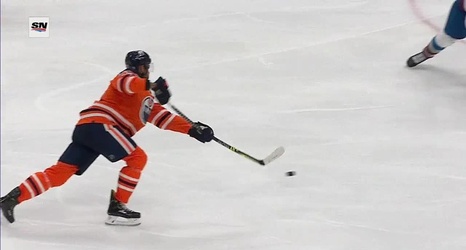 The Colorado Avalanche came out against the Edmonton Oilers just 24 hours after facing off against the Winnipeg Jets. They would come out with the same result, winning 2-1 after the extra frame and the shootout.

Both goals would come from Nathan MacKinnon in the third period and in the shootout to carry the team to victory. His goals along with the stellar performance of Darcy Kuemper would lead the way to give the Avs another win.

The game started out pretty lackluster. So much so that much of nothing happened at all in the period, with probably most people’s attention in the Denver-Metro area focused on another hockey game occurring across the country involving Sean Behrens and the DU Pioneers.