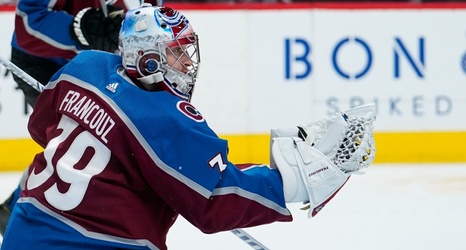 BOSTON — The Boston Bruins had it all set up to honor backup goalie Jaroslav Halak on Tuesday night for becoming the 74th goalie in NHL history to play in 500 games.

Then something went wrong: Starter Tuukka Rask was injured, Halak became the No. 1 guy and the Bruins decided to postpone the ceremony until a night Halak would be off.

“A lot of times, they’re in a zone before the game. We want them to enjoy that ceremony,” coach Bruce Cassidy said. “With Tuukka’s, injury we were forced to change it.”

There are a lot of NHL teams making a lot of changes because of injuries to their starting goalies this season — and not just the ceremonies to honor middling milestones.