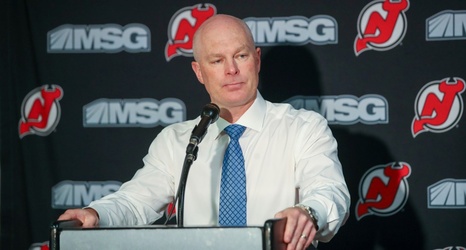 General manager Ray Shero announced the move Tuesday, roughly 20 minutes before Hynes was to speak to the media before the Devils game against the Las Vegas Golden Knights at the Prudential Center.

Shero said assistant Alain Nasreddine will become the interim coach and Peter Horachek, a pro scout for the team, will join the coaching staff as an assistant.

Shero was expected to address the media before the game.

The Devils have a 9-13-4 record and are coming off embarrassing losses to the rival New York Rangers on Saturday and a disastrous 7-1 defeat on Monday night in Buffalo.