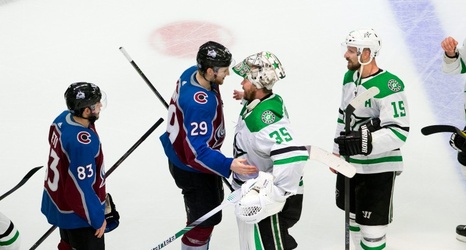 The NHL announced MacKinnon as the winner of the award Friday. He finished ahead of Toronto’s Auston Matthews and St. Louis’ Ryan O’Reilly in voting by the Professional Hockey Writers Association.

MacKinnon had a career-low 12 penalty minutes this season. No other forward averaged more ice time than MacKinnon’s 21:13 average while taking fewer penalties.

MacKinnon is also a finalist for the Hart Trophy as NHL MVP. That award will be announced during the Stanley Cup Final.