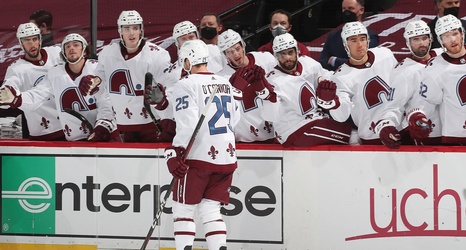 Step one in what hopes to become a very long and fruitful season for the Colorado Avalanche begins this morning with the first of four official on-ice training camp days. As always the group of 56 players will be split into two for each identical session of camp.

The Avalanche have invited 32 forwards, 18 defenseman and six goaltenders to be a part of this season’s camp. Artem Anisimov, Jack Johnson and Gabriel Fontaine are those on Professional Tryout agreements. Fontaine likely is in consideration for an AHL job as he has spent his entire four-year pro career with the Hartford Wolfpack.