Morning Flurries: Tampa Ties it Up 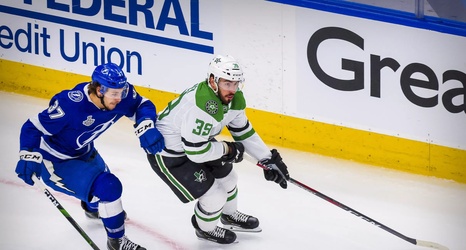 On Monday evening, the Tampa Bay Lightning took advantage of a penalty-filled start to Game 2 for the Dallas Stars, clinching a 3-2 victory over Dallas to tie up the Stanley Cup Final series at one game apiece.

It was a lethal opening for Dallas, who allowed three quick goals all in the first period and never fully recovered.

"We've taken way too many throughout the playoffs... That's where they won the game." — Mattias Janmark

Now, the two teams will have Tuesday to regroup — but they’re back at it on Wednesday night, looking to see which team will pull ahead in the series en route to the biggest prize in the game.