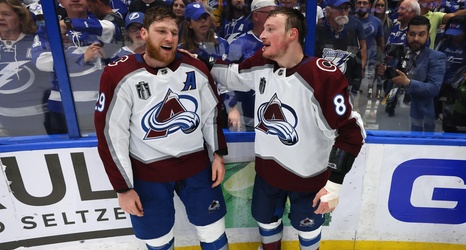 It was a busy day in still technically the last lingering moments of the Colorado Avalanche offseason. First on the agenda was Nathan MacKinnon and Cale Makar partaking in the annual NHL media tour.

Avs star centre Nathan MacKinnon said at the NHL's Player Media Tour Thursday that he and the team are "pretty close" on an extension and hopes to have it done ahead of the Colorado's season opener (via @MatiszJohn & @RussoHockey): https://t.