MHH Roundtable: One down, three to go 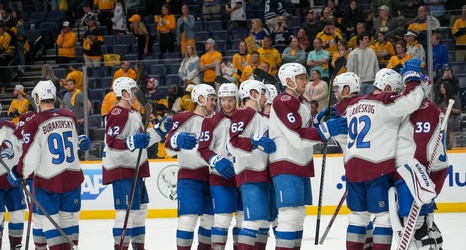 After the four-game sweep of the Nashville Predators, the Colorado Avalanche had over a week off to rest up and prepare for their second-round opponent. The break also served as time to reflect and appreciate their success thus far and look ahead to the next challenge in the St. Louis Blues and getting over the second round hurdle.

Who is your MVP of the first round?

Adrian: The easy answer (and probably correct) is the young phenom, Cale Makar. The Kid from Calgary has ten points in four games making him the leading point-getter in the NHL Playoffs thus far.