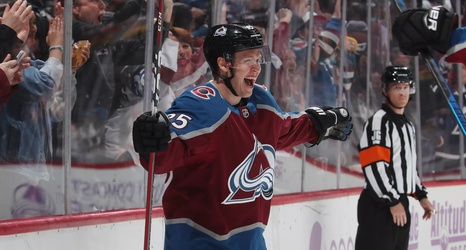 As the saying goes, people tend to be the product of their environment.

For Colorado Avalanche forward Logan O’Connor, he’d tell you that’s the case, too.

An alumnus of the University of Denver, O’Connor spent three seasons with the Pioneers, including being a key contributor to the National Championship winning team of the 2017 season. He parlayed his hard-nosed work ethic on the ice and in the dressing room into what would have been the DU captaincy for the 2018-19 Pioneers season. However, as it turned out, that hard work earned O’Connor a much bigger opportunity.