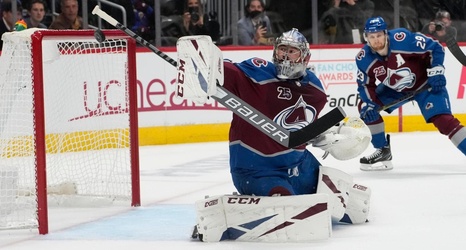 The expansion Seattle Kraken have revised their contract with goaltender Philipp Grubauer after the initial deal was rejected by the NHL for violating the collective bargaining agreement, according to a person with knowledge of the move.

The person spoke to The Associated Press on condition of anonymity Sunday because the team did not announce the change that involves $250,000 being moved from 2023-24 to 2022-23 to satisfy CBA requirements.

Grubauer will still count $5.9 million against the salary cap throughout the $35.4 million, six-year deal. Some money needed to be moved after rules were changed years ago to prevent teams from frontloading contracts.