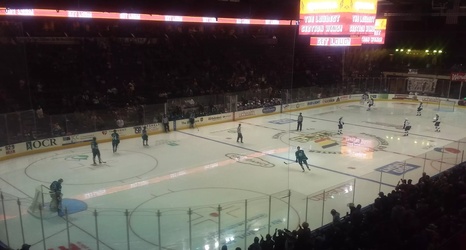 The Colorado Eagles kicked off their inaugural season in the AHL Friday evening with a 5-3 loss to the San Jose Barracudas. Eagles goaltender Spencer Martin did all he could to keep the game in reach by stopping 37 of the 41 shots he faced and could easily have been the star of the night.

The Eagles opened up the scoring 13:32 into the first period when Michael Joly found the back of the net with a backhand wrap-around on Barracudas goalie Josef Korenar.