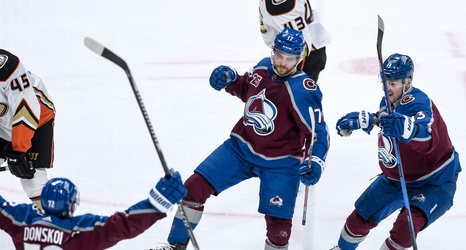 Devon Toews is equal parts noticeable and unnoticeable … and both are positives.

Toews, the Avalanche’s 27-year-old defenseman, is easy to see when puck-handling through the neutral zone looking to ignite offense. He has 33 points in 57 regular season/playoff games.

But he is tougher to locate in the defensive zone because he doesn’t make mistakes. Toews understands angles and getting in the way of an opponent instead of interfering with him.

Add those two dimensions together and it’s why coach Jared Bednar said “consistency” is his biggest takeaway of Toews and why the Avalanche’s trade for him from the New York Islanders last October for two second-round picks is proving to be a steal.