Cup Travels: Up North to Sweden 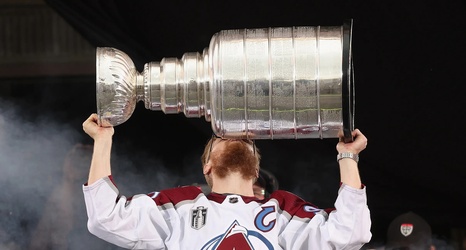 As the summer of Stanley Cup travels continue onward to Sweden, it was Colorado Avalanche Captain Gabe Landeskog’s turn to host the iconic trophy. While he now calls several places home, Landeskog brought the Cup back to where he began his hockey career in Stockholm.

Landeskog took a trip down memory lane with the @StanleyCup in Sweden on Tuesday.

The @Avalanche forward took the Cup to his elementary school, the rink he played at as a teenager and Lilla Erstagarden, a children's hospice center.