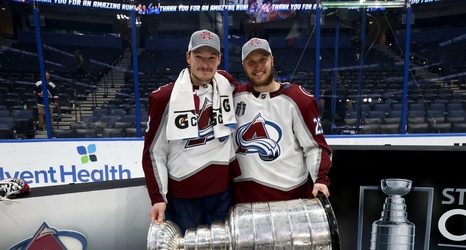 As the Stanley Cup traveled West in Canada, the next stop on its tour was for several celebrations in the province of Alberta.

To kick off the week Colorado Avalanche assistant coach Ray Bennett hosted the trophy in the town of Innisfail with a long line of hockey fans waiting to greet the Cup at a local rink.

Then it was time to let Avalanche Director of Amateur scouting Wade Klippenstein have his turn with the storied trophy with a personal celebration among family and friends in Coaldale.

It was an extreme pleasure & honour to have been asked to introduce @Avalanche Stanley Cup Champion Wade Klippenstein at his gathering today.