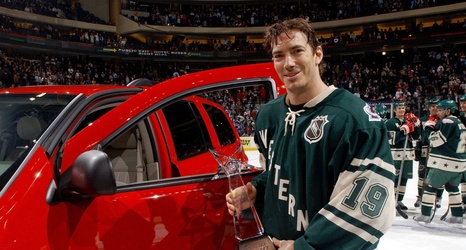 The Colorado Avalanche have just one representative at the 2020 NHL All Star Weekend. It wasn’t always that way, though. Time was the team was always well-represented.

In fact, there’s one man who represented the franchise more times than any other — former superstar and current GM, Joe Sakic. He recorded an impressive 13 appearances, eight of them as a Colorado Avalanche player.

His first appearance came in 1990, which was his sophomore year with the Quebec Nordiques. He didn’t get any goals that year, but he did earn two assists. The game took place in Pittsburgh.