Colorado Avalanche: The Good, Better and Best vs Blackhawks 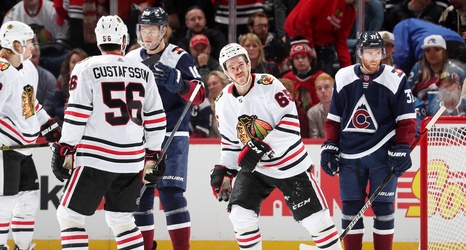 The Colorado Avalanche beat the Chicago Blackhawks 7-3 for their second game of the back-to-back home-and-home series. That was a mighty fine game, and I’d be hard-pressed to find something bad to say about it, much less ugly.

Unless you count Andre Shaw. Talk about a face only a mother could love:

By the way, it’s not fair that Ryan Graves got a four-minute penalty just because Shaw is bleeding here. Graves had made that gash in Shaw’s nose the previous night and just re-opened it during the high-sticking.