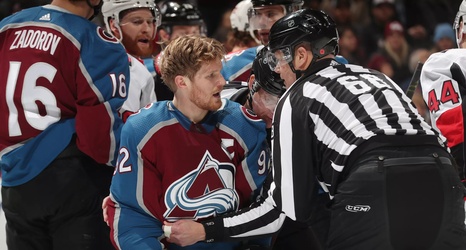 The Colorado Avalanche won their fifth game in a row after a 3-0 victory over the Ottawa Senators on home ice. Mikko Rantanen scored the first and eventual game-winning goal in the first period when he ethered Ron Hainsey into a retirement home with a spin-o-rama at the blueline before finishing off his breakaway in style. Philipp Grubauer stopped all 34 shots he faced for his second shutout of the season.

The Avs are now sixth in the NHL in points and second behind the St. Louis Blues in the Central Division after 55 games.