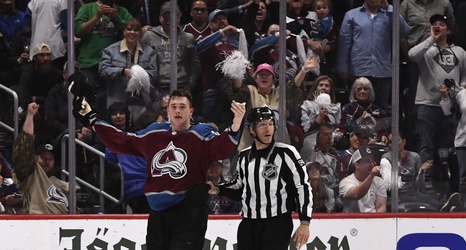 Roughly thirty seconds into last night’s contest, Colorado Avalanche backup goaltender Pavel Francouz was the victim of a questionable hit by Winnipeg Jet, Mark Scheifele. Francouz, who laid motionless on the ice for quite some time, would leave the game and be replaced by third string goaltender, Adam Werner.

Immediately after the hit, the masses called for a fight. One notable tweet from Altitude Colorado Avalanche Analyst Mark Rycroft, implied that Scheifele would not have even hit Francouz if fighting were still a large part of hockey.