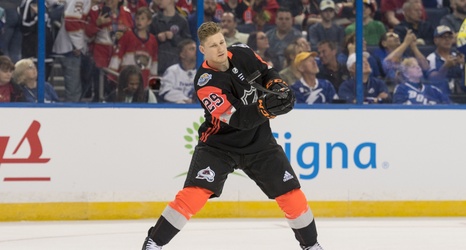 The Colorado Avalanche are sending a single representative to the 2020 NHL All Star team, Nathan MacKinnon, who’s the fan-elected captain. Sure, Cale Makar should be going, too, but them’s the breaks.

Last year, at the All Star Weekend in San Jose, the Avalanche actually sent three representatives. In addition to MacKinnon, Gabriel Landeskog and Mikko Rantanen were attendees. Landeskog was last year’s Last Men In for the Central Division.

This year, the Last Men In was yet another St. Louis Blues player, bringing their tally to four. The event is, of course, being hosted in St.