Chambers: NHL should ban Toradol or limit consumption of the pain-masking drug 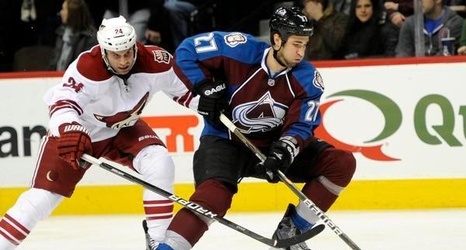 Two days after former Avalanche forward Colin Wilson published a story in The Players’ Tribune about how his untreated obsessive-compulsive disorder (OCD) led to an NHL career that included drug-and-alcohol abuse, a friend sent me a link to a mini-documentary from TSN, dubbed “The Problem of Pain” in the NHL.

The month-old video supported everything Wilson wrote about, and quite frankly, it can make an old-school hockey guy like me reevaluate the sport’s universal stance on playing through pain — or masking pain — with nonsteroidal anti-inflammatory drugs such as Toradol.