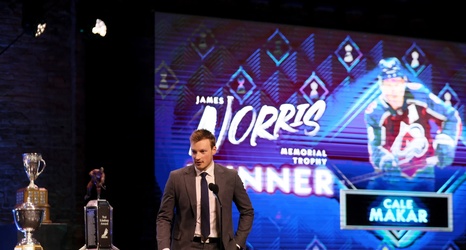 It was announced tonight at the NHL Awards Ceremony that Colorado Avalanche defenseman Cale Makar has won the James Norris Memorial Trophy for best defenseman in the NHL. He beat out other superstar defensemen he’s faced this postseason such as Roman Josi of the Nashville Predators and Victor Hedman of the Tampa Bay Lightning.

It was an incredibly tight vote between the three finalists.