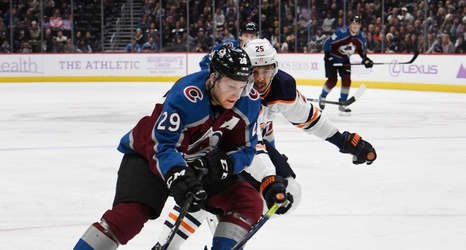 Avalanche teammates Cale Makar and Nathan MacKinnon were named NHL rookie of the month and NHL No. 2 star of the month, respectively, on Sunday. Makar, the 21-year-old defenseman, was the league’s top-scoring rookie for November. MacKinnon, 24, was the NHL’s second-leading scorer for the month.