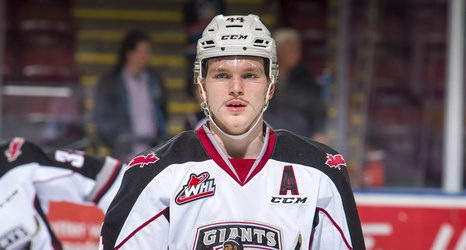 Two Colorado Avalanche prospects will be heading to Oakville next week for a chance to represent Canada at the 2020 IIHF World Junior Hockey Championship.

Avalanche 2019 first round draft picks Bowen Byram and Alex Newhookwere named to Hockey Canada’s selection camp roster on Monday afternoon, along with 31 other players from the CHL and NCAA.

Byram has previously represented Canada internationally three times. He was a member of Canada Red at the World Under-17 Hockey Challenge in 2017, at the U-18 World Hockey Championship, and won gold with Canada at the 2018 Hlinka-Gretzky Cup.