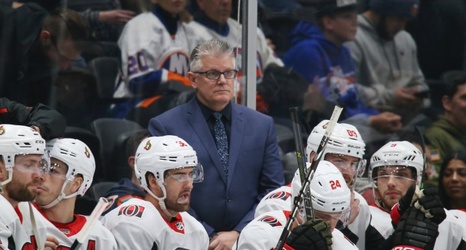 CHICAGO — Blackhawks assistant Marc Crawford will be away from the team while it reviews his conduct with another organization.

The Blackhawks didn’t provide any details Monday about what they are examining, but former NHL forward Sean Avery recently told the New York Post that Crawford kicked him after he was whistled for a too-many-men-on-the-ice penalty when he played for Crawford with the Los Angeles Kings during the 2006-07 season.

The team said it will have no further comment until the review is completed.

The issue with Crawford comes after Calgary Flames coach Bill Peters resigned Friday following accusations he directed racist slurs at a Nigerian-born player with one of Chicago’s minor league teams a decade ago.