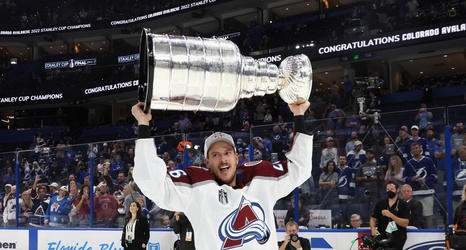 The Colorado Avalanche announced another signing this afternoon. After stating that Alexandar Georgiev signed a three-year deal, Jacob MacDonald was the next one to sign a two-year deal of his own.

MacDonald, 29, will be entering his third year as a member of the Avalanche after coming over from the Florida Panthers. MacDonald has spent time with both the Avalanche as well as with the AHL affiliate Colorado Eagles. He’s played 41 games in those two years with the Avs with one goal and eight assists.

He didn’t record any points in the 2021-22 season and his season with the Avs at least was cut short after he took a brutal hit that knocked him out cold against the aforementioned Panthers.