Avs blow another third-period lead, fall 3-2 to Stars in overtime 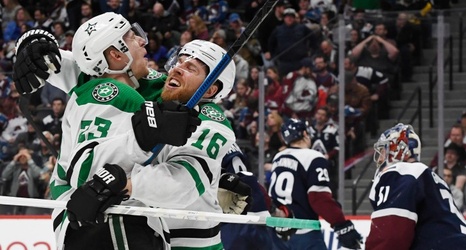 If the NHL playoffs had opened Tuesday, the Dallas Stars and Avalanche would have begun a first-round series between the Central Division’s Nos. 2 and 3 seeds. But, no, this tilt was just the fourth and final regular-season meeting between the rivals.

Overtime was required, and in a heated affair that looked playoff-angry, the Stars skated off with the extra point after defenseman Esa Lindell scored with a wrist shot off a faceoff 1:54 into the extra session for a 3-2 Dallas victory.

It was another blown third-period lead for the Avs, who fell to 4-7-3 in their last 14 games.