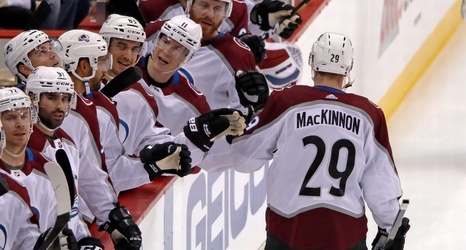 The awards keep piling up for Nathan MacKinnon.

The Avalanche’s first-line center was named the NHL’s first star of the week on Monday. He was also named the league’s second star of the month after an impressive November.

MacKinnon, 24, posted nine points (three goals) over his past three games in leading the Avs to wins against the Chicago Blackhawks twice and the Edmonton Oilers. In November, MacKinnon posted 25 points (10 goals) over 14 games while playing without injured forwards Gabe Landeskog, Mikko Rantanen and Colin Wilson.