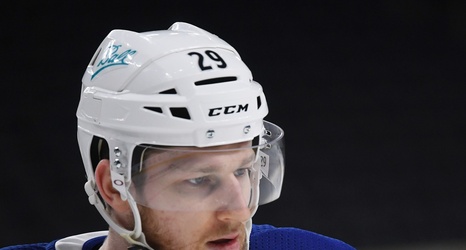 For the second consecutive year, Colorado’s Nathan MacKinnon was named a finalist Thursday for the Hart Trophy, awarded to the NHL’s most valuable player.

The Avalanche forward was joined by Toronto’s Auston Matthews and Edmonton’s Connor McDavid as the three finalists for the award voted on by the Professional Hockey Writers Association.

MacKinnon averaged a career-best 1.35 points per game in putting up 20 goals and 45 assists in 48 games for the Presidents’ Trophy-winning Avs. He was third in the the league in shots on goal (206), third in power play points (25), fifth in assists and eighth in points (65), despite missing eight of the team’s 56 games.