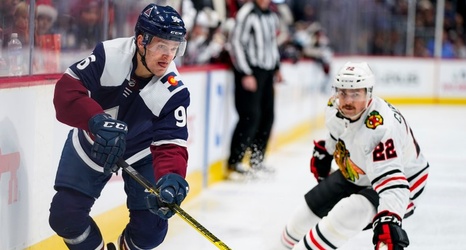 Two fine Finns were in full force Saturday, with countrymen Joonas Donskoi and Mikko Rantanen combining for three goals and eight points as the Avalanche completed a consecutive-night, home-and-home sweep over the Chicago Blackhawks.

Rantanen was a major factor in his first game back from a 16-game injury absence. He had a goal and three assists halfway through the game at the Pepsi Center as Colorado scored seven consecutive goals to take a commanding six-goal lead.