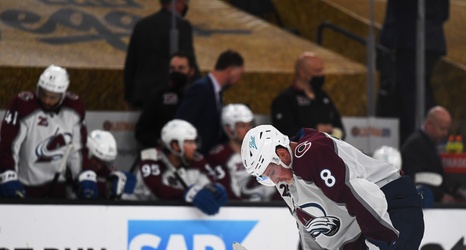 Two weeks ago, the Avalanche won its 10th consecutive game bridging the regular season and playoffs in a 7-1 rout of a wheezing Vegas Golden Knights club that was fresh off a seven-game battle against Minnesota.

But the Avalanche’s Stanley Cup hopes fell apart and thudded to a halt Thursday when Vegas completed a six-game second-round series victory with its fourth straight win over the Avs.

The question after a third second-round exit for the Avalanche’s core: Now what?