Avalanche roar back to life with 7-1 Game 4 Victory 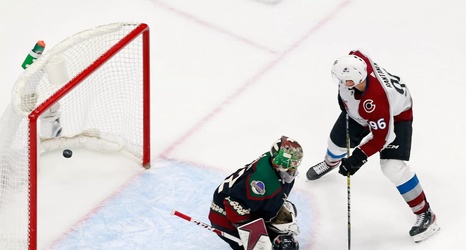 The Colorado Avalanche were stunned in Game 3 of their series against the Arizona Coyotes, the little 11th seed that could, when the Coyotes managed to squeak out a 4-2 victory over the heavily favored Colorado roster.

But on Monday afternoon, the Avalanche came back with a vengeance to push the Coyotes to the brink of elimination.

Six different Avalanche skaters — including Nazem Kadri, who lit the lamp twice — were able to beat a combination of Antti Raanta and Darcy Kuemper, routing Arizona with a 7-1 victory that pushed the series to a 3-1 record in favor of Colorado.