Avalanche rally in third for win over Blue Jackets 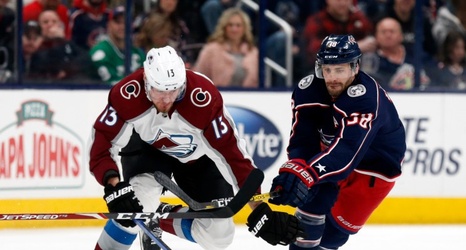 Superstar Nathan MacKinnon gave Colorado its first lead with 4:34 remaining, crushing a one-time slap shot past goalie Elvis Merzlikins for his 31st goal of the season.

Denver-area raised defenseman Seth Jones scored a power-play goal midway through the second period for Columbus, and Avs center Nazem Kadri tied it near the halfway point of the third with a wrist shot from the left circle.

The Avs, now 3-1 on their five-game road trip, had three shots clang off iron beside Merzlikins before beating the rookie twice.