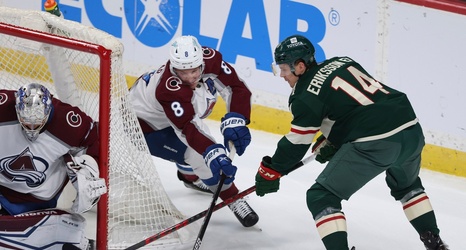 Johnson cross-checked Jost into the boards with 24 seconds remaining in regulation. The Avs killed off the 24 seconds to collect a point, but Minnesota gained two when Kevin Fiala scored 15 seconds into OT.

Avs center Nazem Kadri had a big game, producing a goal and an assist off two of his third-period faceoffs.

Kadri tied it 1-1 6:21 into the third period during a five-minute stretch Nathan MacKinnon served in the penalty box for fighting.