Avalanche-Knights Game 6 Quick Hits: Make no mistake, this was a collapse 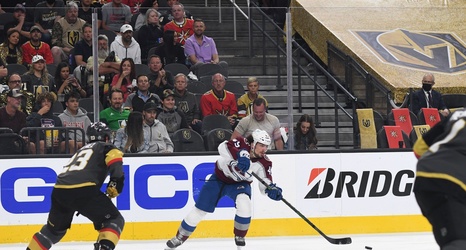 Talk about picking the wrong time — a must-win playoff game — to be fighting the puck and his game. But that was the plight Avalanche defenseman Sam Girard created for himself in Game 6. At the point Vegas had five goals Girard was a minus-4. On the Knights’ second goal, he fumbled an easy feed from Gabe Landeskog. On the Knights’ fourth goal, with 18 seconds left in the second period, his feeble clearing attempt up the boards led to a score. His initial mistake led to a goal and a 4-3 deficit entering the third. And on the back-breaking fifth goal, Girard was on the ice and didn’t have good body position on William Carrier, who scored on the deflection.