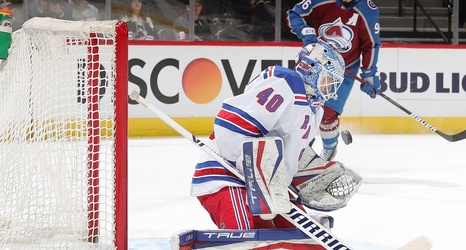 Even before the draft gets underway tonight with the Avs not participating in the first rounds, the Avs kept the phone lines busy. Joe Sakic was working the landlines again, as he made a call to the New York Rangers and got a new man in net.

Thursday morning saw the announcement of the Colorado Avalanche obtaining Alexandar Georgiev. The Rangers got two third-round picks from the 2022 and 2023 NHL Draft, along with a fifth-round selection from the 2022 Draft in exchange.

The Colorado Avalanche Hockey Club announced today that the team has acquired goaltender Alexandar Georgiev from the New York Rangers in exchange for Colorado’s third-round and fifth-round selections in the 2022 NHL Draft and a fifth-round pick in the 2023 NHL Draft.