At The Buzzer: Nazem Kadri’s last (milli)second goal the culmination of a perfect power play 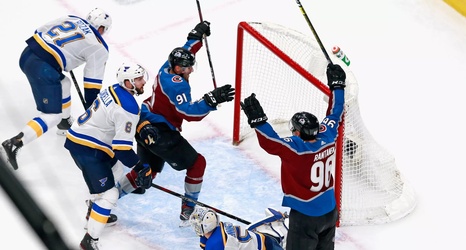 After a hard fought game with the reigning Stanley Cup Champion, it looked as though overtime was all but certain for the Colorado Avalanche in their first game of the NHL’s seeding round robin. That is until Nazem Kadri put the puck past St. Louis Blues netminder Jordan Binnington to score the latest goal in NHL postseason history.

Kadri sold the goal as if he knew for certain it had beat the buzzer. The Avalanche broadcast wasn’t so certain as color commentator Peter McNabb would repeat “I don’t know” over and over.