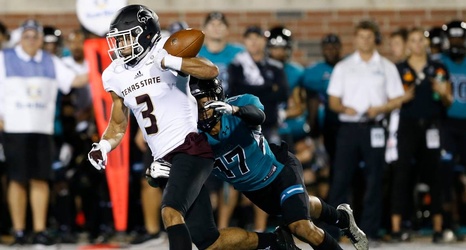 Chesley, a defensive back, signed as an undrafted free agent with the Cincinnati Bengals and Williams, a wide receiver, received an invitational from the New York Giants.

A three-year starter, Chesley graduated in the summer of 2017 with his a bachelor’s degree in public health. A four-time member of the Coastal Carolina Football’s Team Leadership Council (2015-18), the 5-11, 190-pound defensive back played in 42 games for the Chanticleers, totaling 140 tackles, 5.