The Indians are gonna sign Matt Duffy, aren’t they? 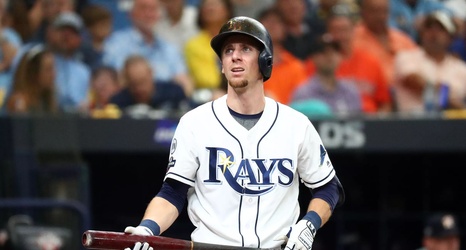 Anthony Rendon is right there, guys. He wants a lot of money that he rightfully deserves, and the Indians organization is worth a lot of money. It stands to reason that the two could come together and plug a gaping infield hole.

Duffy was recently designated for assignment by the Tampa Bay Rays as part of their roster crunch ahead of the Rule 5 draft, and he has all the markings of a future Cleveland Indians veteran lottery ticket. At 28 years old, he’s is technically entering the prime of his career — as opposed to the Rajai Davis, Austin Jacksons, and Mike Napolis of years past — but he’s not exactly surging.