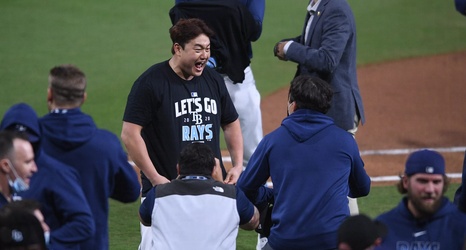 Congratulations to the Tampa Bay Rays for eliminating the Yankees. The teams are set for the League Championship Series: Tampa Bay v Houston for the AL and LA v Atlanta for the National League.

Are the Cleveland Indians worth more with or without Francisco Lindor? Hey, Hoynsie - cleveland.com - The Indians suffered financial losses in the "tens of millions' of dollars in the just completed season, according to Chris Antonetti, president of baseball operations, because of the pandemic.