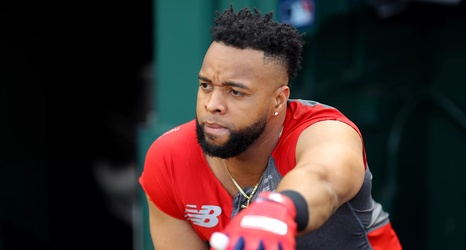 I fumbled through several very Buzzfeed-ish titles for this post, but decided to focus on one particular thing: No one likes Jake Arrieta.

Or, more specifically, everyone loves Carlos Santana. Because why wouldn’t you?

If you missed the drama last night, it’s the same story that has lingered for a full calendar year now. During his time in Philadelphia, Carlos Santana got upset that his teammates were playing Fortnite in the clubhouse in the midst of a late-season collapse. As any level-headed human would do, he smashed the damn thing to pieces and was eventually traded back home to Cleveland in the offseason.