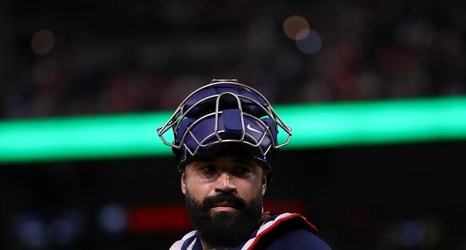 The Cleveland Indians announced a trade with the Boston Red Sox this morning, receiving C Sandy León in exchange for RHP Adenys Bautista. In order to add León to the roster, the team designated RHP James Hoyt for assignment.

We made a trade with the @RedSox this morning, acquiring C Sandy León in exchange for RHP Adenys Bautista. RHP James Hoyt was designated for assignment to clear room for León on the 40-man roster.